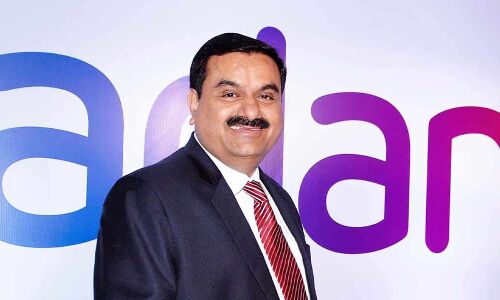 New Delhi: Gautam Adani, Chairman, Adani Group, said the group’s market capitalization (mcap) now stands at $260 billion – having grown faster than any company ever in India. In a speech made at an event to mark the completion of the ACC-Ambuja Cements acquisition on September 17, Adani said this acquisition is India’s largest ever inbound M&A transaction in the infrastructure and materials space and closed in a record time of four months.

On the expanse of the Adani group, Gautam Adani said, “We are now the world’s largest solar power company and leading the greening of India. We are also leading the global green hydrogen story having committed $70 billion to this business. We are the largest airport operator in the nation with 25 per cent of passenger traffic and 40 per cent of air cargo.”

“We are the largest Ports and Logistics company in India with 30 per cent national market share. We are India’s largest integrated energy player spanning generation, transmission, distribution, LNG, LPG, city gas and piped gas distribution. Each of these businesses is growing at double digit rates. We have won some of the largest road contracts in the country and are well on our way to becoming the largest player in this sector. We had a grand IPO of Adani Wilmar — making us the highest valued FMCG company in the country,” Adani said.

“Our finances are stronger than ever before, and we continue to raise billions of dollars from international markets and strategic partners to further accelerate our growth,” Adani said.

Petrol and diesel prices today in Hyderabad, Delhi, Chennai and Mumbai on 02 October 2022

Brightcom, Qulabz tie up to set up innovation lab