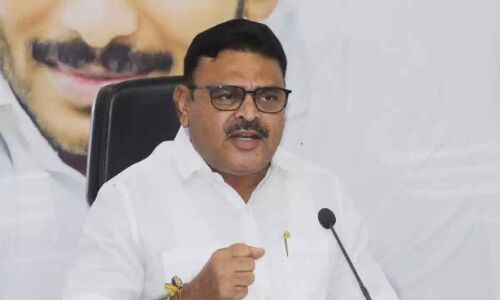 Andhra Pradesh Minister Ambati Rambabu said that he will not do politics like Jana Sena chief Pawan Kalyan by taking package. Minister Ambati has made it clear that he would resign if anyone proves that he has taken Rs.2 lakhs commission in the compensation granted to the families of the farmers who committed suicide

The minister said that after the YSRCP government came to power, 12 farmers commit suicide in Sattenapalli constituency were compensated with Rs. 7 lakhs per family amounting to Rs. 84 lakhs and opined that CM Relief Fund was given to those who died on August 20.

Taking a jibe at Pawan Kalyan, Minister Ambati Rambabu said that latter has no generosity to help his fan who died.

A new life for traditional art with Sastanaqqam