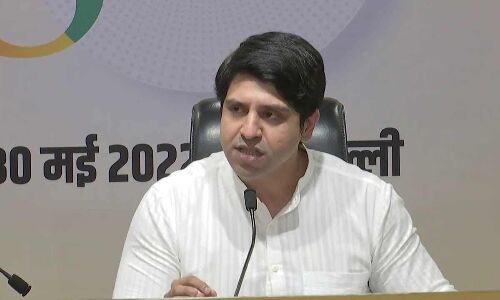 New Delhi: India against corruption crusader Anna Hazare on Tuesday wrote a letter to the Delhi Chief Minister Arvind Kejriwal over the new liquor policy. In his two-pager letter, Hazare drew attention to Kejriwal’s previous stance on liquor and said that his previous views differ from the current actions.

Meanwhile, Bharatiya Janata Party earlier in the day accused Kejriwal of betraying his ‘mentor’. BJP national spokesperson Shehzad Poonawalla hit out at AAP supremo saying that while the Delhi C.M. speaks about zero tolerance towards corruptions, his ministers have been accused of corruption practices.

During a press conference, BJP leader Poonawalla said, “Under the New Policy, liquor stores started receiving Rs 363 and Govt started receiving only Rs 8 – I call this Reverse Robinhood. They were filling the pockets of the liquor mafia with the money of the poor, that too in the COVID period.”

Further accusing the state government of allegedly indulging in liquor policy scam, the party spokesperson said, “the sale of liquor went up, but there was burglary into the Govt coffer. If it is a 750ml bottle (of liquor) which comes for Rs 550, then under Old (Liquor) Policy, liquor stores were receiving Rs 33 & Rs 330 was going to the Govt coffer.”

The BJP has alleged that ‘sharab’ (liquor policy) and ‘shiksha’ (education) “scams” had become the “twin towers of corruption” in the national capital and the Kejriwal dispensation was gradually building more floors.

On Tuesday, Hazare quoted from Kejriwal’s book Swaraj and said that Kejriwal has forgotten his own stance on liquor after joining politics. In his letter, he also said the Delhi government’s policy could have had the effect of boosting alcohol consumption and sales in the capital, along with increasing chances of corruption. Hazare said that all this would be detrimental to the public interest.

On the other hand, Arvind Kejriwal defended himself by saying, “Whenever they (Kejriwal’s rivals) say something and the people do not listen to them, they bring someone forth. During Punjab elections, they said Kejriwal is a terrorist. When people started laughing at them, they brought Kumar Vishwas forward and made him say it. Now they are saying there is a scam in the excise policy, the CBI has not found anything and has given an informal clean chit. The people are not listening to them so they are now firing from Anna Hazare’s shoulder. This is politics.”

AAP leader Manish Sisodia on Tuesday claimed that he has received a clean chit from CBI on the ongoing investigation of liquor scam. Kejriwal also said that despite raids, the CBI has not been able to find any evidence against his minister.

“When we are in public life, we have to be ready for scrutiny. The CBI has completed its inquiry. They searched Manish Sisodia’s house for 14 hours and he was questioned for 6-7 hours. Satisfactory answers were given. They did not find anything. Today they searched his locker but did not find anything there either. They are under political pressure so we feel they will arrest him in a week or 10 days. They have informally said they have not found anything. We said in the beginning itself that this is a politically-motivated step,” Kejriwal said on Tuesday as he had visited an under-construction hospital in Sarita Vihar.

Rupee closes 51 paise higher at 79.45 against US dollar