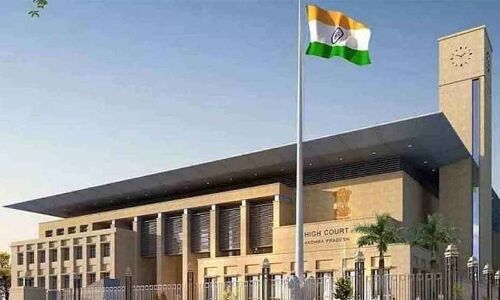 documents, stamps, and other equipment related to the case of a public representative were missing. This incident which took place last April created a sensation across the state. At the same time, robberies in the court have become a hot topic of discussion.

The theft occurred in the 4th Additional Judicial Magistrate’s Court in the Nellore Court Complex on April 13 late at night. However, the court staff who found the theft the next morning filed a complaint at the local Chinnabazar police station.

The complaint stated that the files in the court were lost. However, when the case reached the High Court, the High Court recently took a key decision and handed over it to the CBI. It ordered a CBI inquiry into the case of file theft.

Gear up for Black Friday Sale with Vijay Sales at its retail stores and www.vijaysales.com

Sean Spicer Talks About That BBC Interview: ‘Extreme’ and ‘Outlandish’

Spotting CNN on a TV Aboard Air Force One, Trump Rages Against Reality

The Trump Administration Just Did Something Unambiguously Good For Obamacare