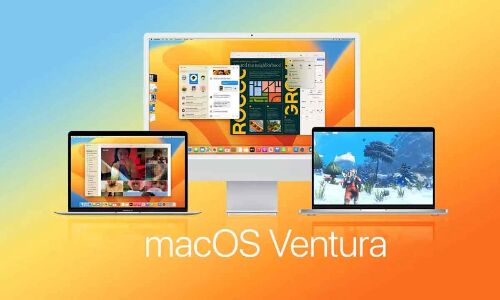 Apple macOS Ventura 13.1 software update has been released for compatible laptops and computers, along with iOS 16.2 and iPadOS 16.2 for mobile devices. The software update is the first major release after macOS Ventura became available to users with supported hardware in October 2022. The update includes several security fixes for known issues, as well as improvements in terms of features and enhanced capabilities. The update is highlighted by introducing two new features: Advanced data protection through end-to-end encryption for various iCloud services and the launch of a collaborative brainstorming app, Freeform, which is also available for devices. Apple with iOS and iPadOS 16.2.

According to Apple’s support document on the 13.1 stable updates for macOS, the company has managed to fix and fix issues spanning various kernels and other vulnerabilities. The support document lists 33 vulnerabilities and bugs resolved via the latest 13.1 stable update. Mac users who want to update their OS to the latest version of macOS Ventura 13.1 can navigate to Settings > General > Software Update on their macOS devices.

As mentioned above, the two main talking points of the latest macOS Ventura 13.1 update are the introduction of Advanced Data Protection through enhanced encryption features for iCloud and the Freeform app. Advanced data protection will provide users with end-to-end encryption for messages, backups, photos, notes, and other data stored in iCloud and linked to the user’s account.