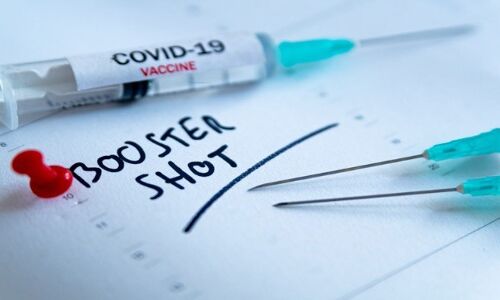 World’s first intra-nasal vaccine for COVID developed by India has got approval from the Central Drugs Standard Control Organisation (CDSCO) for restricted use in emergency situations in the age group of 18 and above. The Ministry of Science and Technology has cleared the vaccine for heterologous booster doses. The Department of Biotechnology (DBT) and its PSU, Biotechnology Industry Research Assistance (BIRAC) supported the development of the vaccine by Bharat Biotech International Limited.

It is a proud movement for India and its efforts to become ‘Atmanirbhar’ only get a massive boost with the innovation. Phase-III trials were conducted for safety, and immunogenicity in 3100 subjects, in 14 trial sites across India (supported by BIRAC). Heterologous booster dose studies were conducted for safety and immunogenicity in 875 subjects, where a booster dose (3rd dose) of BBV154 intranasal vaccine was administered to study participants who were previously vaccinated with licensed COVID vaccines. Heterologous prime-boost immunization is administration of two different vectors or delivery systems expressing the same or overlapping antigenic inserts.

An effective vaccine usually requires more than one time immunisation in the form of prime-boost. Traditionally, the same vaccines are given multiple times as homologous boosts. New findings suggested that prime-boost can be done with different types of vaccines containing the same antigens. In many cases such heterologous prime-boosts can be more immunogenic than homologous prime-boosts. The clinical trials were conducted in 9 trial sites across India. This vaccine is said to have the double benefit of enabling faster development of variant-specific vaccines and easy nasal delivery that enables mass immunization to protect from emerging variants of concern. It promises to become an important tool in mass vaccinations during pandemics and endemics. It has been specifically formulated to allow intranasal delivery through nasal drops.

The nasal delivery system has been designed and developed to be cost-effective in low- and middle-income countries. This vaccine is stable at 2-8°C for easy storage and distribution. Large manufacturing capabilities have been established by Bharat Biotech at multiple sites across India, including Gujarat, Karnataka, Maharashtra, and Telangana, with operations pan India. This development holds a bright future not only for India but for the world. When candidate vaccines make it to human clinical trials, they first go through phase 1 trials primarily to test the vaccine’s safety, determine dosages and identify any potential side effects in a small number of people. Phase 2 trials further explore safety and start to investigate efficacy on larger groups.

Phase 3 trials, which few vaccines ever make it to, are much larger, involving thousands or tens of thousands of people, to confirm and assess the effectiveness of the vaccine and test whether there are any rare side effects that only show up in large groups. The final stage, phase 4 trials, is conducted after national regulatory approval and involves further monitoring in a wide population over a longer timeframe as a form of post-marketing surveillance (pharmacovigilance). However, not all vaccines that have been approved for domestic use are in phase 4 trials. Regulators in many countries have their own individual procedures and timelines for providing emergency use authorisations, relying on various types of evidence at different clinical trial phases.

Some national regulators, including those in Russia and China, began approving vaccines for (limited or widespread) public use even before phase 3 trials were completed. India has done remarkably well in this matter.

The women who helped draft the Constitution

‘Bangaru Bharat’ on the lines of ‘Bangaru Telangana’