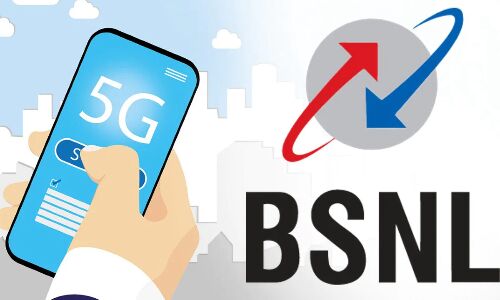 BSNL 5G could be launched in the summer of 2023. As per a recent comment by Union Minister for Telecom and Railways, Ashwini Vaishnaw said that the BSNL 4G infrastructure may be upgraded to 5G in the period of the next 5-7 months. BSNL’s 4G network was announced as private operators in India started preparing for 5G services in India. BSNL has yet to officially comment on the rollout of 5G services and any hints on possible pricing.

For initial 5G trials, BSNL asked Tata Consultancy Services (TCS) to provide the required equipment. This will allow BSNL to start testing its 5G services in the early phases. The minister said that BSNL’s 5G service is said to be rolled out in remote areas, which is opposite to the kind of market strategy that private operators have been following.

It is to be seen the pricing strategy that BSNL follows for its 5G service. Rivals such as Jio and Airtel have yet to disclose prices for their 5G plans and services, but the carriers have hinted at slightly higher prices for 4G services to offset the cost of installing the infrastructure. BSNL would try to keep it low as it usually attracts the republic in rural areas.

BSNL is also likely to stick to the non-standalone type of 5G in India, relying on its 4G LTE service to deliver a stronger network experience. Airtel also uses a non-standalone 5G infrastructure for its 5G service. Jio is the only one that uses a standalone 5G technology, which allows for much faster mobile data speeds. Some recent cases have shown that Jio’s 5G service offers speeds of up to 1.9 Gbps.

OnePlus first monitors to launch on December 12 in India

India’s Foremost Integrated Rocket Facility to be based in Hyderabad

Beware! These Apps steal banking data from your mobile