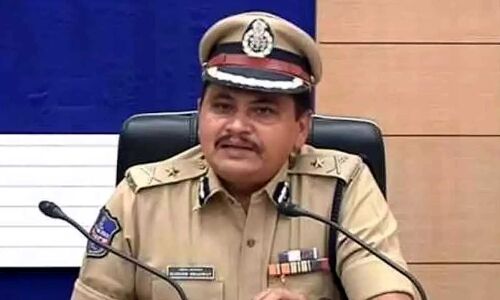 Hyderabad: An alleged notorious property offender was detained by the Rachakonda police on Saturday. The police recovered property worth Rs 33 lakhs from him.

Ramesh, a native of Suryapet district, was involved in 40 cases reported across Telangana.

Rachakonda Police Commissioner Mahesh Bhagwat said Ramesh moved around in colonies and identified targets like bikes, cars and locked houses. On getting an opportunity, he would break the handle lock of the motorcycle and escape.

In some instances, he had also stolen cars if the keys were found nearby the parking spaces in buildings and even broke into houses during night and decamped with property.