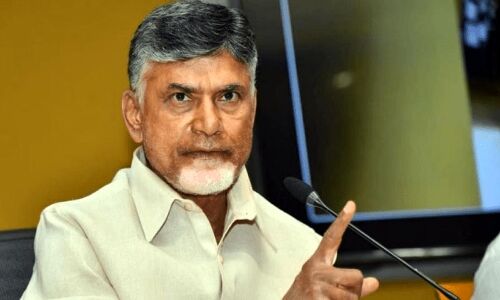 TDP chief Chandrababu expressed displeasure over police in general and Palanadu SP Ravi Shankar over his comments on the incident happened in Macherla and alleged that the latter is acting on the lines of ruling party leaders.

On Saturday, SP Ravi Shankar responded to the Macherla incident and clarified that there are no incidents of violence. He said that no evidence found on the information that there were people who had a history of factions, murders and hired killers in the 7th ward of Macherla. In this background Chandrababu fumed at SP for trying to downplay the seriousness of the incident.

It is known that there are clashes between the TDP and YSRCP while TDP leader Brahma Reddy was holding Idem Karma Mana Rashtraniki on Friday night. The police who alerted imposed section 144.

Traffic advisory ahead of PM Modi’s visit to Hyd