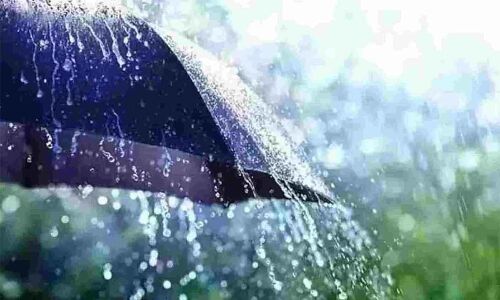 Hyderabad: The Cyclone Mandous, this Northeast monsoon’s first cyclonic storm in the Bay of Bengal, will likely trigger light rainfall over Hyderabad between Saturday and Monday.

According to India Meteorological Department, the cyclonic storm will likely move nearly northwestwards and cross north Tamil Nadu, Puducherry, and south Andhra Pradesh coasts between Puducherry and Sriharikota around Mamallapuram as a cyclonic storm between Friday midnight and early hours of Saturday.

While only drizzle is likely over places like Serilingampally, Charminar, and Ramachandrapuram, rains may be light in other areas, including LB Nagar, Hayathnagar, Amberpet, Uppal, Alwal, Secunderabad, and Kukatpally.

“Light rains will continue in the city for three days due to the cyclonic storm. At the same time, day temperatures might drop due to cloudy skies while night temperatures will slightly increase,” informed Sravani, Scientist C Incharge, IMD-Hyderabad.

Light rains are predicted in some parts of the State, while moderate downpours will hit Nalgonda on Saturday.

Bengaluru: Civic authority taking all precautions to move up in ranking