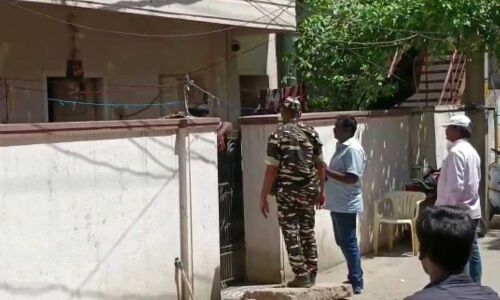 Nellore: The Enforcement Directorate (ED) officials conducted raids at Ongole MP Magunta Srinivasulu Reddy’s office located in the heart of Nellore city at Gandhi Statue. This is as part of fresh raids at about 40 locations across the country in a money laundering probe into alleged irregularities in the now discarded Delhi Excise Policy.

The searches were being conducted at premises related to liquor traders, distributors and supply chain networks.

A team of officials reached the office of YSR Congress MP Magunta Srinivasulu Reddy in the city in the morning with security personnel and prevented entry of media personnel. They started verifying all files in depth with the help of people working in the office premises.

Sources said similar raids have been conducted on the residence of the MP at Lodhi Road in Delhi since Friday morning. Huge security personnel were deployed at the office before the ED officials arrived.

5 medical colleges to be completed on priority basis