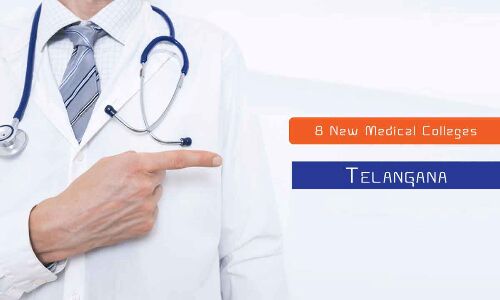 Starting eight government medical colleges in an academic year is a record of sorts, said a senior official, adding that the classes would be starting from Tuesday onwards. In the next two years, 17 more medical colleges would be set up in the state, the official said.

The government wants to establish one medical college in every district and this target would be reached in two years, he added.

According to the officials, with the increase in the number of medical colleges, the number of seats on offer have also increased compared to the past. The official said that there were 850 MBBS seats in 2014 as against the present 2,790 seats.

Similarly, there were 531 PG seats and now there will be 1,122 on offer. The super specialty seats have also been doubled as there were 76 seats in 2014. There are 152 seats available now.

The Telangana government had given administrative sanctions for the setting up these eight new medical colleges with a cost of Rs 1,479 crore in August this year. The construction of the college buildings was handed over to the R&B department and the TSMSIDC was entrusted with the responsibility of upgrading hospital buildings, purchasing equipment and furniture. The hospital attached to the respective medical colleges has been transferred from the jurisdiction of Vaidya Vidhana Parishad to the jurisdiction of DME.

The official said that from this year, 1,150 additional students would be getting enrolled in the colleges for medicine. The more the seats, the more opportunities for the students from the state as they were looking for options in the neighbouring states and also foreign countries for studying medicine, the official said.

Lessons to draw from slowdown