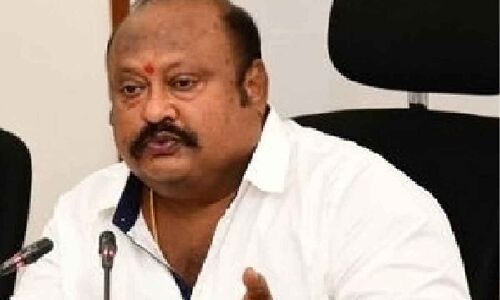 KARIMNAGAR: BC welfare and civil supplies minister Gangula Kamalakar stated that the state government was taking measures to make roads in Karimnagar constituency are clean and hygienic.

Speaking to the press on Sunday, the minister said that the state government had issued GO 406 and 407, released Rs 75 crore for the completion of all the roads in the Karimnagar constituency. He also stated that they would launch the new road works in December and complete by the next year March 31.

Karnataka Government Skilled Over 4,900 Destitutes Over The Past 5 Years