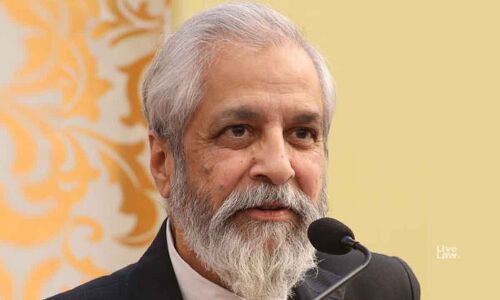 New Delhi: Former Supreme Court judge Justice Madan B. Lokur, in an interview with IANS, said “the manner in which the executive has been dealing with the recommendations of the Collegium is an indication that it intends to throw out the baby with the bath water and take complete control over the appointment process”, and if it succeeds, India will cease to have an independent judiciary to the detriment of all of us.

He said nobody knows why senior advocate Saurabh Kirpal, who is openly gay, has not been appointed as a judge to the Delhi High Court? Also, it is improper to accuse several Supreme Court judges of giving an alien interpretation to the Constitution. Lokur said, the executive is an equal player in the collegium system, however, “It is now emerging that the biggest hurdle to the success of the collegium system is the executive and its complete opacity and its arbitrariness”.

And, on the row over the National Judicial Appointments Commission (NJAC) Act, he said the central government stubbornly decided that it should be its way or the highway.

Excerpts from the interview:

Q: Prior to the introduction of the collegium system in the 1990s, judges in the higher judiciary were appointed by the government. Can it be said that they were not independent? If not then why this apprehension that without collegium, judiciary will not be independent?

Not so today. It appears that the executive does not want independent judges but wants a committed judiciary. If it succeeds in its misadventure, India will cease to have an independent judiciary to the detriment of all of us.

Q: Does the collegium want absolute power in the appointment process? If judges were to make a mistake recommending a name for elevation, since no institution in a constitutional democracy is perfect, who would correct it?

A: The collegium does not and never wanted absolute power. You’ve got it completely wrong. It’s the executive that wants absolute power and control over the appointment process. Why? It is not prepared to accept the primacy of the Supreme Court for reasons that are quite obvious.

Q: Friction points between the Centre and judiciary have increased in connection with the appointment of judges. Do you think the collegium system is successful or there are certain areas which lack transparency in selecting judges?

There are several such instances of opaque decision making by the executive. It is now emerging that the biggest hurdle to the success of the collegium system is the executive and its complete opacity and its arbitrariness. The executive must open up and be transparent.

Taking potshots at the collegium system is not a substitute for transparency. The executive must appreciate that and be transparent, not opaque. Sunlight is said to be the best of disinfectants.

Q: Was the National Judicial Appointments Commission Act a good model? Did it require a fair chance to work or is the collegium system far better than it? Was NJAC really a battle between the judiciary and the executive?

A: The NJAC Act was the result of an amendment to the Constitution. There should have been a healthy debate before making the NJAC a law. Only then could the flaws have been minimised and creases ironed out. Unfortunately, the Central Government stubbornly decided that it should be its way or the highway. It was never a battle between the judiciary and the executive, but now the executive is making it out to be so, unfortunately.

Q: Some questions have been raised about the collegium picking up some names and dropping others. Are recommendations for appointment of judges to the apex court and high courts more subjective and less objective?

The failure of the executive to accept some recommendations of the Supreme Court has, unfortunately, been based only on subjective reasoning, or so it appears. Where an objective decision has been taken by the executive, the collegium has accepted it.

Q: Recently, Chief Justice of India D.Y. Chandrachud emphasised on having good judges instead of doubling the number of judges to combat pendency. Is the collegium system perfect in selecting good judges and the executive’s larger say in the process would dilute the independence of the judiciary?

A: No system is perfect, including the collegium system. An effort should always be made to minimise errors of judgment. The manner in which the executive has been dealing with the recommendations of the collegium is an indication that it intends to throw out the baby with the bathwater and take complete control over the appointment process. If that happens, it will be the end of the independence of the judiciary.

Kharge calls for ‘top to bottom’ accountability in Congress

Weather alert: light to moderate rains predicted for next three days in AP

Traffic advisory ahead of PM Modi’s visit to Hyd