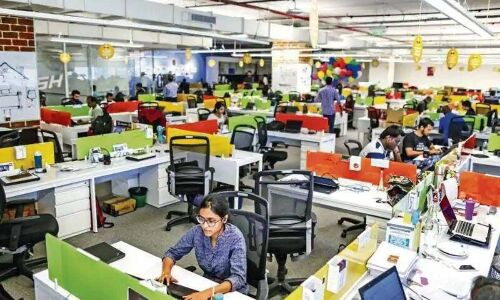 As we are fast approaching the New Year, festive fervour grips the world. And India is no exception. Despite recessionary fears, consumer spending is still going strong. Airlines, hotels and resorts, and retail stores are running at optimum capacity. In a hyper inflationary environment, such contrasting indicators baffle economists. Though there is a likelihood of slowdown, it is uncertain up to what extent sectoral indicators will be impacted. For instance, technology industry globally is showing strain. With mass layoffs announced by Meta, Google, Microsoft, and Twitter; projections for the next year remains subdued. SaaS (software as a service) firms, which had a dream run in the last two years, seem to be losing steam. While product companies are facing demand slowdown, Indian IT services industry is yet to face much slowdown. However, one thing is becoming clear that 2023 will be a year where the demand levels will be nearer to the pre-pandemic years. The year of hyper growth owing to the Covid-induced demand surge is now over.

As businesses across the world get back to normalcy, next year will force companies to accommodate with a subdued demand environment. The euphoria around hiring, geo-graphical expansion and huge investment commitment on new areas are likely to be missing from the scene. Rather, organisations will look at cost more minutely, cutting the flab. Glimpses of this trend are already visible as companies reduce headcount. Many global giants like Google is shutting down its IoT (internet of things) services. Going ahead, one should see such trend accelerate. Businesses will try to save cash as they prepare for a demand slowdown. Obviously, earnings will get impacted in 2023 with most tech companies’ showing lower revenue growth than 2022. Equity market will definitely factor in such development. Major global indices like Dow, S&P, Nasdaq, Euronext, FTSE, DAX and others have already corrected sharply in anticipation of earnings downgrade. Though, India is holding up well despite such global concerns.

Till now, India as an economy has been impacted less as compared to its western counterparts. Inflationary pressures are also far lesser than other nations. However, exports from India, especially IT exports, may face headwinds next year. With more than half of its revenues coming from the US and another 20-30 per cent coming from Europe; Indian IT industry is heavily reliant on enterprises in these geographies. As these economies falter, technology spend will definitely see cautiousness. Recent earnings of Accenture reflect the prospect of demand slowdown. However, 2023 will not be a washout year like the pandemic ones.

Rather, it will be a year when hyper demand will give way to more normal demand scenario. Businesses will be more rational in their plans and projections after getting swayed by pandemic-led demand surge. This is healthy as more sustainable demand environment is good for both businesses and society. As far as India is concerned, domestic IT service companies may not be able to sustain the momentum in 2023 after two years of high growth. However, a slowdown means more work getting outsourced, that will work in favour of the IT industry.