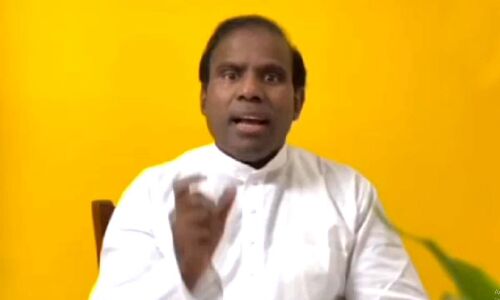 Hyderabad: At a time when political parties are promising all sorts of freebies to lure voters, politician and evangelist K.A. Paul has gone a step ahead to make an innovative and bumper offer for voters in Telangana’s Munugodu Assembly constituency.

The Praja Shanti party founder president has promised to send 59 unemployed to the US by arranging passports and visas free of cost.

Paul announced on Tuesday that as a gift on his 59th birthday, he would select 59 unemployed through a lottery to send them to the US.

Stating that there are 50,000 unemployed in Munugodu constituency, he urged them to avail the opportunity.

Paul released a video statement and asked the unemployed to come to Shree Varu Homes Grounds with their resumes on September 25 between 3 pm and 5 pm.

“Out of those who come, 59 will be selected through lottery and I will arrange passports and American sponsorship visas,” he said

He also said that if more unemployed come forward, he would send one from each of the 175 villages to America.

“As someone born in a BC family and married a Dalit woman, I can understand the problems of unemployed,” he said.

He recalled that Chief Minister K Chandrasekhar Rao had promised a job to every household while Prime Minister Narendra Modi had promised two crore jobs every year.

“Have they done anything? The number of unemployed has gone up,” he said.

The Munugode constituency fell vacant after the resignation of sitting legislator Komatireddy Rajagopal Reddy, who quit Congress and joined the BJP last month.

The by-election is likely to be held in October-November.