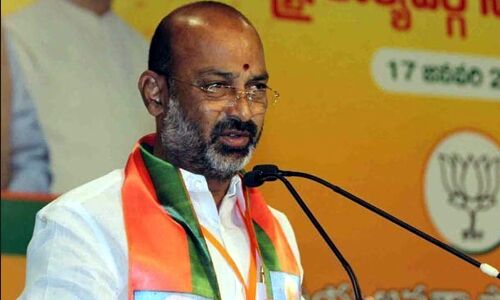 Bandi Sanjay demanded that the CM should tell reason to the people of the State for not celebrating Liberation Day on September 17. He found fault with KCR for planning to organise ‘Telangana Rythanga Sayudha Porata Vajrotsavalu’ throughout the year beginning on September 17. “BJP is the only political party demanding for the last several years to organise Liberation Day,” he mentioned.

Telangana BJP chief appreciated Union Minister for Tourism and Culture G Kishan Reddy for holding a review meeting to organise Liberation Day officially. He assured that the BJP will officially conduct Liberation Day on September 17 once the party comes to power in Telangana.

We need public debate on use of new technologies: Experts on data privacy