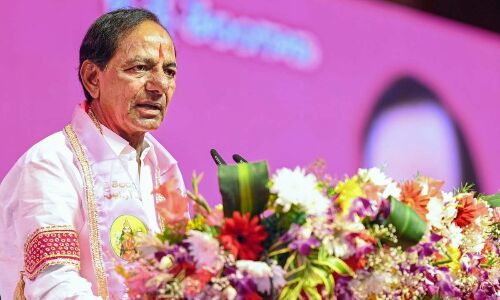 Hyderabad: Plans by TRS chief and Chief Minister K Chandrashekar Rao to launch a national party have begun to take shape politically. A significant meeting will take place at Pragathi Bhavan on Dussehra Day (October 5), and some national party leaders, including CMs of other states, are anticipated. Four names, including Bharat Rashtra Samithi, are reportedly being considered for the future national party, according to sources. The names of the party coordinators, who will be unveiled on Dasara day, have reportedly been finalised, along with the party’s name.

In response to the political development, TRS MLA Balka Suman stated that since CM KCR is a capable leader, the country needs his services. He claimed that in the same way that CM KCR helped Telangana state succeed, people will recognise his contributions to the country.

BJP MP K Laxman has criticised CM KCR’s stance on national politics, alleging that he has failed to satisfy the needs of state residents and casting doubt on his goals for national politics.

Kodali Nani slams Chandrababu, says he he is ready face him in Gudivada