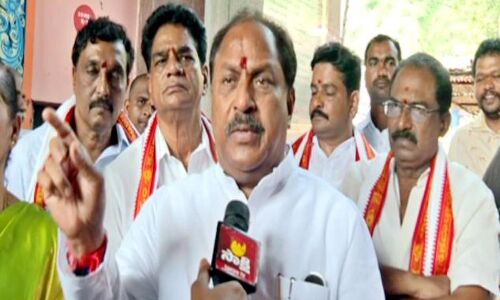 The minister said that no fees is being charged for Vinayaka Chathurthi celebrations and recalled that due to covid, the celebrations were not held properly anywhere for two years. He said that people are hoping to make this year’s festival grand and assured there will be no problems with the festivities. He criticized that it is a shame on part of the opposition to criticise the opposition while doing politics.

He warned that the Department of Religion will take serious action against the false propaganda on Vinayaka Chathurthi celebrations. Minister Kottu Satyanarayana commented that he will now issue orders to the Endowment Commissioner to file a complaint with the police against those spreading false propaganda.