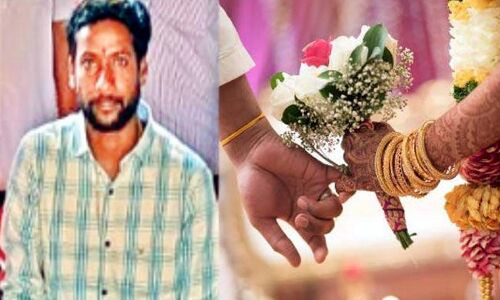 A tragic incident took place in Bornagudem, Rajavommangi mandal of Alluri Sitaramaraju district where the son of the bridegroom committed suicide by hanging himself from a tree three days after the marriage. According to the details provided by Jaddangi SI Sharif, Balem Nagabhushanam (30) of the village died by hanging himself from a tree on the top of a tree some distance from his house in the same village. Some villagers saw the dead body and brought it home.

On the 17th of this month, Nagabhushanam married a young woman from Singampally village in the mandal as per the consent of the elders in a temple. He told his wife that he would go to the field on Monday and went towards the opposite canal and committed this atrocity.

According to the SI, a case of suspicious death has been registered on the complaint of Dasari Yesubabu, the uncle of the married son. The dead body was taken to the government hospital in Bhattigala for post-mortem. Local CI Ravi Kumar visited the incident site and inquired. Panchanama was conducted in the presence of VRO Nageswara Rao and others.

KCR under spell of tantric: Bandi