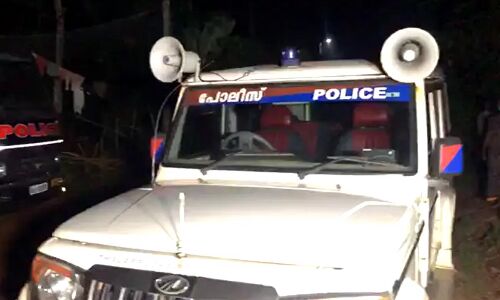 A man who had been injured in a bike accident passed away inside the ambulance that took him to the local government medical college after the door of the van wouldn’t open owing to a problem.

The man was recognised by police as Koyamon, 66 years old, a resident of the adjacent Feroke. It happened on a Monday afternoon.
According to sources, the ambulance’s door became stuck for about 30 minutes, delaying the transfer of the injured man to the hospital’s casualty department. Although the ambulance’s driver and attendant tried for a while to open the door, they were unsuccessful, which caused the patient to pass away.
As per reports, as time went on, nearby residents broke the window glass and forced the ambulance’s door open. On Monday night, Koyamon was struck by a scooter and died. He was taken to the beach hospital.
Furthermore, the hospital has not yet informed the Medical College police about the event. Veena George, the minister of health, has called for an investigation into the event.
previous post

The Launch of Funded Trading Prop Firm Review Site, is a Much-Needed Boost to Traders Seeking Reassurance and Trust in Prop Firms