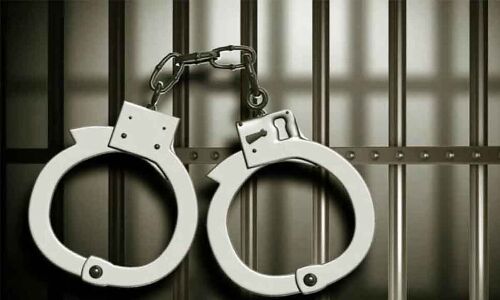 Hyderabad: In a major development, the Cyberabad police on Tuesday busted a massive human trafficking racket involving several brokers and thousands of victims from various countries. The police took 17 persons involved in the online and offline prostitution into custody and seized 34 mobile phones and MDMA drugs.

Cyberabad Police Commissioner, Stephen Raveendra, said the Anti-Human Trafficking Unit (AHTU) of the Cyberabad police along with other Special Operations Team and local police arrested 17 persons involved in the case. The operation was carried out for around two months by the police.

“As per our analysis around 14,000 women were trafficked by the organisers in the last three to four years. The prostitution was carried out offline and online through websites, mobile phone-based applications and social media platforms,” said Stephen Raveendra.

The police during investigation found the activity was run from around 20 hotels in the city and numerous OYO rooms. “The gangs were maintaining contact with each other through WhatsApp groups and arranging travel and accommodation for the customers and victims as well,” said the official.

TRS MPs to confront BJP in Parliament over discrimination against Telangana

Petrol, diesel prices today continue to be stable in Hyderabad, Delhi, Chennai and Mumbai on 06 December 2022

Eatala dares KCR to allow him into Assembly