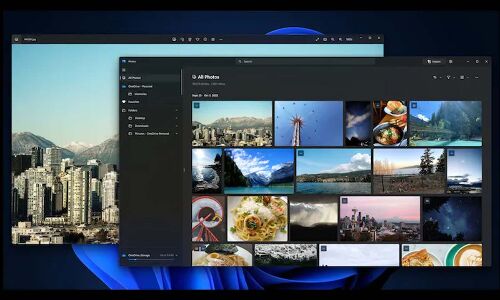 Last year, Microsoft may have redesigned its Photos app to better match the aesthetics of Windows 11, but now it’s testing a new version with a slightly new look and a few other improvements.

The most notable change is a new gallery view, which offers a different way to browse your photos. In a blog post, Microsoft‘s Dave Grochocki says the updated view is intended to make it easier to browse, find, manage, and consume the photos you have in your collection. The new app will also offer improvements to the “Memories” feature, though Grochocki’s blog post doesn’t detail exactly what’s different. The new app has one big drawback: you won’t be able to use the legacy app’s video editor. So instead, if he wants to crop videos, Grochocki recommends using Clipchamp, the video-editing app that started shipping with Windows 11 in March after he purchased the app last year. That said, if you prefer the way the legacy app works, including its video editor, the company still offers it on the Microsoft Store as “Microsoft Photos Legacy.”

The redesigned Photos app will be available to Windows Insiders on the Dev Channel starting Wednesday. According to Microsoft and Windows device chief Panos Panay, it will roll out to everyone else in October. Perhaps it will arrive at the same time as some of the new Surface devices revealed at Microsoft’s just-announced October 12 event?

While you wait for the new Photos app, you might want to check out Microsoft’s big update for Windows 11 released on Tuesday, which added things like improvements to the Snapshot and folder layouts in the Start menu. Tom Warren covered the launch in detail here.