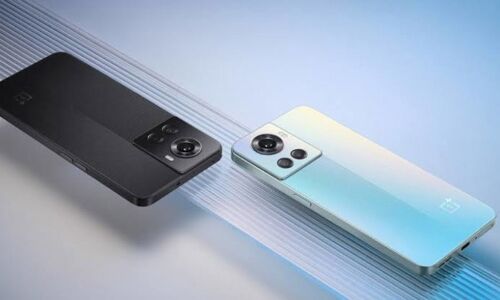 OnePlus has announced a new blue edition of the OnePlus 10R in India. Dubbed the OnePlus 10R Prime Blue Edition, the phone will be available exclusively from Amazon, with the company saying the device celebrates the two companies’ longstanding collaboration. As an “additional gift”, Amazon users who buy the new OnePlus 10R Prime Blue can take advantage of a 3-month Amazon Prime subscription for free. The exact launch date for this variant is still unclear, though it looks like its debut could happen during Amazon’s Great Indian Festival sale, which starts on September 23.

The Prime Blue colour option will only be available for the OnePlus 10R variant with a 5000mAh battery and 80W fast charging. It seems that the edition with a 4500mAh battery and 150W charging will still have the only variant of black colour. Amazon may include a few sales offers to make the phone more attractive to customers. The company has yet to announce the India price of the blue edition officially. At present, it costs Rs 34,999 for the base 8GB and 128GB storage options, and the 12GB RAM and 256GB storage model costs Rs 38,999.

Otherwise, regardless of the colour options, the specifications of the OnePlus 10R (with 80W fast charging) remain the same. It is powered by a 5nm-based MediaTek Dimensity 8100-MAX SoC, which has been specially tuned for the phone. In addition, the phone comes with a 6.7-inch AMOLED screen with a Full HD+ resolution and a 120Hz screen refresh rate. On the back, the OnePlus 10R has a triple camera setup. The rear camera system includes a 50-megapixel Sony IMX766 primary camera sensor with optical image stabilization (OIS). The primary camera comprises an 8-megapixel ultra-wide-angle camera and a 2-megapixel macro camera. For selfies purposes, the phone has a 16-megapixel front camera.

Petrol and diesel prices today in Hyderabad, Delhi, Chennai and Mumbai on 14 September 2022

WhatsApp to stop supporting iOS 10 and iOS 11 from October 24: Report