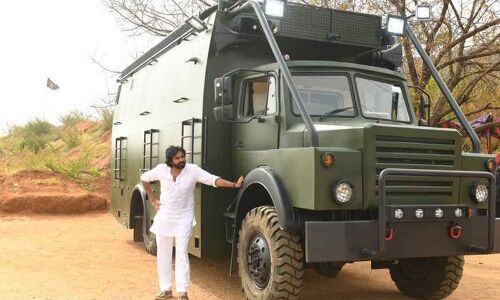 It is known that a vehicle named Varahi is being prepared for the bus yatra led by Jana Sena Party chief Pawan Kalyan. However, there are objections from Andhra Pradesh ruling party leaders on the colour of this vehicle. YCP leaders are questioning how the olive green color applied to military vehicles can be applied to private vehicles. Pawan Kalyan also gave a strong reply to the YSRCP leaders.

Will think of supporting BRS if KCR requests for it: Sajjala