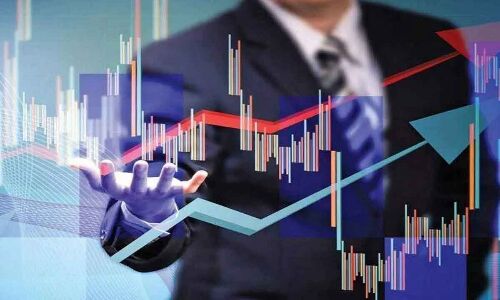 As per the latest options data (after Friday trading) on NSE, the resistance level moved up by 300 points to 18,000CE, while the support level remained unchanged at 17,000PE for four weeks in a row. Derivatives analysts predict a range-bound upward movement as heavy writing taken by Call writers.

Kush Ghodasara, CMT, an independent market expert, explains: “While on the option side, we saw most writing at 18,000 CE with highest OI with 1,06,738 contracts, while on Friday, we witnessed some writing at 17,600 and 17,700 CE too. While on Put side, we have seen some short covering at 17400 and 17300 making our support for next week. Though in the worst case scenario, even 16500 Put has most Open Interest making it a possible support if further sell-off continues. To sum up, upside seems restricted heavily with Call writers, while on downside a small support is shown at 17300 below which it could be a free fall.”

As per ICICIdirect.com, during the recent weakness, NSE Nifty witnessed accumulation of fresh shorts at higher levels and FII net shorts increased from 13,000 contracts to more than 60,000 contracts. At the same time, the premium in the Nifty declined sharply along with these shorts. The index may remain range bound for some time before witnessing any directional move. Hence, a short covering rally towards 18000 can be expected if the Nifty moves above 17700. “Indian markets remained highly volatile in the week gone by as NSE Nifty is seen trading in broader range of 17,200-17,700 levels, while banking index remained outperformer and ended the week with gains of more than one per cent,” added Bisht.

FIIs sold nearly Rs2,500crore in Index Futures and over Rs3,000 crore in stocks Futures. FIIs’ net longs in stock Futures declined sharply to the lowest seen since May 2022. “Derivatives data has been crazy for last week where we saw FII building up net shorts on Index Future and Index Stocks with Nifty being in strict range,” observes Ghodasara.

It’s a fight between self-respect & pride