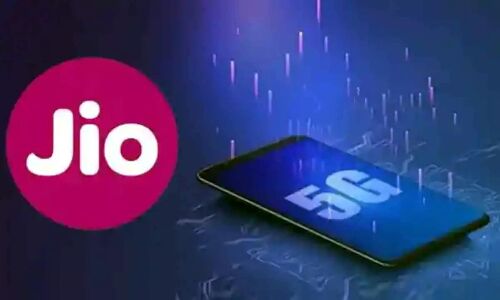 Reliance Industries Limited (RIL), led by Mukesh Ambani, holds its 45th Annual General Meeting today, August 29, at 2:00 p.m. The event, usually organized for the company’s current and prospective investors, outlines its visions for the upcoming financial years and the years to come. At its latest AGM in 2021, the company announced its plans for a 5G network and an affordable 5G phone in India. This year, we expect more details about the launch of the connectivity option and the smartphone. In addition, Reliance may offer information on its long-awaited affordable laptop, rumoured to be called the JioBook.

The company will broadcast its AGM live from 2 p.m. Investors and fans can watch the event for free on the Reliance Updates YouTube channel.

Reliance is expected to provide more clarity on its Jio 5G plans and rollout timeline. The company has stated that its goal is to offer affordable 5G plans to customers, which aligns with the central government’s Digital India mission. Reliance also expects India to be 2G-mukt (free from 2G) with its 4G and 5G services.

A step towards 2G-mukt India was taken last year when the company launched its JioPhone Next 4G in partnership with Google. The smartphone priced below Rs 10,000 comes with a custom Android OS for entry-level mobile clients.

This year, we expect the company to announce its plans for a 5G-enabled Jio smartphone. It could be called the JioPhone 5G, but the details are still unclear. A 5G Jio phone under Rs 10,000 could be a game changer as Reliance’s Chinese counterparts have yet to release a smartphone with this connectivity option at this price point. We can expect the phone to support lower-tier 5G bands, which the company recently acquired in the 5G auction alongside Airtel, Vi, and Adani Group.

iPhone SE 4 to arrive in the first quarter of 2023; Find details