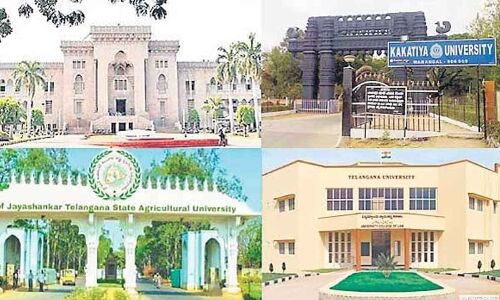 Hyderabad: Does the State government’s Common Recruitment Board (CRB) for the appointment of teaching faculty leaves the universities to lose their autonomy?

According to sources, the State universities (SU) have been at the receiving end. The vice-chancellors put in decades of teaching and research experience dominated by the bureaucrats and backed their political bosses.

Speaking to The Hans India, a former SU V-C pointed out, “autonomy of universities has gone to winds. The babus in the Secretariat who deal with government’s concurrence or clearance have been running the show.” The universities have to take whatever the State government gives. And, wait for the mercy of ministers and babus to get things done. Another top official of a Telangana varsity said one of the ministers who held the Education portfolio had responded that the universities could ask him anything other than faculty appointments.

There has been one or the other kind of reluctance toward full-fledged appointments of the university teaching faculty. “Only committees are appointed, reports called for on the status of vacancies for the past 20 years”. According to the University Grants Commission (UGC) norms, there should be a committee headed by the vice-chancellor of the university. There shall be members representing women, SC/ST, UGC nominee, Governor’s nominee, dean of the school and three subject matter experts.

But, this long followed system has now been proposed to be replaced with a ‘Babus Committee’. It holds an entrance test for the appointment of teaching faculty in SUs. However, whether the appointments will be made based on the entrance test? Or, will it be followed by a face-to-face interview? So far, there is no clarity on the same even to vice-chancellors of SUs, giving scope for lot of doubts being expressed on transparency and credibility of a Babus Committee-driven common recruitment board.

Canada Visa Application Online: How To Apply For A Visa From Canada