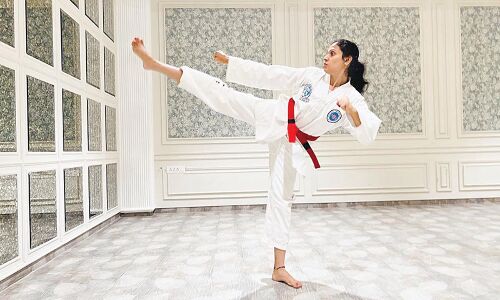 Speaking on her achievements, Kavya said, “Winning in this championship is just the beginning. I am thankful for the support of Skanda Taekwondo Academy. Without my Master’s guidance, it would have been difficult to win. I would also like to thank OIS – Nagarabhavi, our Principal as well as all our branch teachers for their continued love and support. I am practicing for the next tournament and as a coach, I will continue to share knowledge with my students to achieve great heights.”

Taking pride in her coach’s achievements, Latha Karri, Principal, Orchids – The International School, Nagarabhavi branch said, “We are extremely proud of Kavya and overjoyed by her achievement. OIS has not always encouraged not just its students but also its teachers to pursue their passion. Kavya has been an excellent mentor for our students. Her victory at the tournament certainly affirms her expertise in Taekwondo. We wish her all the best for her future tournaments as well.” Kavya has been learning Taekwondo at Skanda Taekwondo Academy from coach Sagar N. She is also teaching Taekwondo at same academy from past past 5 years. The academy, which is affiliated with the International Taekwondo Federation, UK helped her take up the opportunity to teach children.

StirTshirt launches a wide range of best T-shirts for Men and Women.