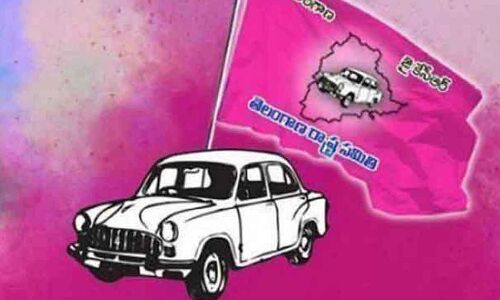 Hyderabad: The Telangana Rashtra Samithi (now BRS) is gearing up to confront the Central government in the Parliament over the discrimination being meted out to Telangana State in terms of allocation of funds and projects as well as cuts being imposed on borrowings. With the winter session of the Parliament scheduled to commence on Wednesday, TRS (BRS) president and Chief Minister K Chandrashekar Rao instructed the party MPs to expose the BJP government’s failures on all fronts and also question the discrimination towards Telangana State.

In a meeting with the party MPs on Monday night, the Chief Minister instructed them to raise one issue every day in the Parliament and question the BJP government as to why none of the promises – railway coach factory at Kazipet, steel plant at Bayyaram, tribal university, IIM and others, made under Andhra Pradesh Reorganisation Act were not fulfilled even after eight years. The Centre is yet to resolve the river water disputes and finalise the share of Telangana in Krishna and Godavari rivers. He even wondered if the Centre was not addressing the issues intentionally.

During the 16-day session of the Parliament, the MPs will also take up issues pertaining to pending funds to Telangana including recommendations made by NITI Aayog along with the 13th, 14th and 15th Finance Commissions. As the Centre is planning to introduce over 20 different bills in the upcoming session, the Chief Minister asked the MPs to study them in detail and question any injustice being done to the State by passing them in the Parliament.

Cubix Introduces a Game-Changing Way to Experience Sports and Esports

India gets ready ahead of assuming G20 Presidency

Software employee dies in a suspicious circumstances in Kurnool