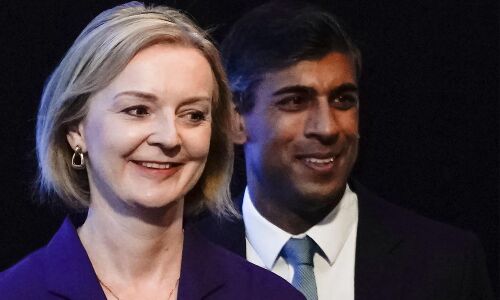 Liz Truss will be the UK’s 56th Prime Minister and the third woman PM to lead the country. The previous women Prime Ministers – Margaret Thatcher and Theresa May – were also from the Conservative Party.

In her victory speech, the 47-year-old Truss promised to deliver a bold plan to cut taxes and grow the country’s economy. She also thanked ousted PM Boris Johnson whom she is set to replace for getting Britain out of the European Union, adding that he is loved from Kyiv to Carlisle.

Following her victory, Truss tweeted: “I am honoured to be elected Leader of the Conservative Party. Thank you for putting your trust in me to lead and deliver for our great country. I will take bold action to get all of us through these tough times, grow our economy, and unleash the United Kingdom’s potential.”

Truss had promised that she would act quickly to tackle Britain’s cost of living crisis. She said that within a week she will come up with a plan to tackle rising energy bills and securing future fuel supplies.

Long the front-runner in the race to replace Johnson, Truss will become the Conservatives’ fourth prime minister since a 2015 election. Over that period the country has been buffeted from crisis to crisis, and now faces what is forecast to be a long recession triggered by sky-rocketing inflation which hit 10.1% in July. Truss has said she will appoint a strong cabinet, dispensing with what one source close to her called a “presidential-style” of governing, and will have to work hard to win over some lawmakers in her party who had backed Sunak in the race. Congratulating the PM-elect, Prime Minister Narendra Modi tweeted: “Confident that under your leadership, the India-UK Comprehensive Strategic Partnership will be further strengthened. Wish you the very best for your new role and responsibilities.”