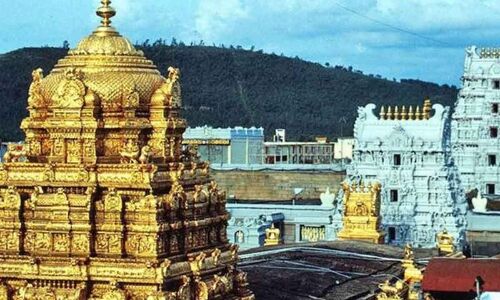 The JEO, who participated in the Vishwa Shanti Homam and Bhagavata Saptaham at Naimisharanya (Uttar Pradesh) on Thursday, addressing a gathering of devotees, said TTD has taken up various spiritual programmes in the last couple of years at the behest of Chairman Y V Subba Reddy under the supervision of EO A V Dharma Reddy, which won worldwide appreciation.

She complimented the women folk hailing from different southern states, who have taken part in the spiritual programme with devotion and enthusiasm.

The JEO also complimented Dasa Sahitya Project for organising this unique programme since 2008.

She said she was fortunate to head all the projects of TTD with the blessings of Lord Venkateswara and asserted to take forward the glory of Srivaru with more such unique programmes in future.

The Bhagavata Saptaham commenced on December 9 and will conclude on December 16. He also thanked the JEO for having enlightened the participants with her speech.

Tirupati: YSRCP vows to win with a huge margin