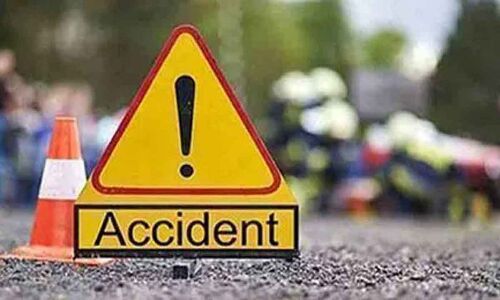 Hyderabad: In an unfortunate incident, two women died in a road mishap that took place at Talakondapally in Amangal mandal of Rangareddy district late on Friday night.

The women identified as Chiluka (31) and Mounika (21) were going on a bike along with Kumar (30) when a DCM lorry rammed into the vehicle near the Talakondapally bus stand.

“Mounika and Chiluka came under the rear wheels of the DCM and were crushed to death. Kumar fell on the other side of the road and sustained injuries,” Talakondapally Sub-inspector B Venkatesh said.

The bodies were shifted to the mortuary for autopsy. A case was registered against the DCM driver, who was taken into custody.

OneTwoMany protocol, this startup is taking Web3 gaming to the next level. Introducing P2M gaming, now you can multiply your assets