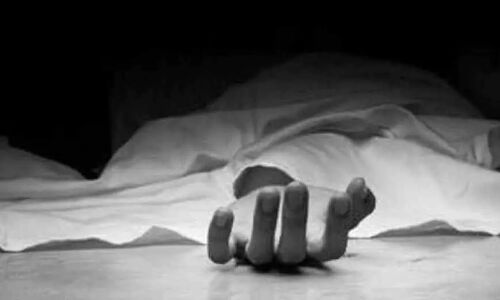 A tragic incident took place in Srikakulam district where a wife who was unable to bear the death of her husband passed away within 24 hours. Husband Sundara Rao of Sirimamidi Panchayat Totur is staying in Bilai with his wife for employment. Sundar Rao passed away due to illness on Sunday afternoon. Wife Punyavathi also died on Monday afternoon due to the grief of her husband’s death. There was a tragedy in that family with the death of husband and wife. This couple is survived with two sons.

While Sundara Rao’s elder son is married, they decided to get their younger son married on 20th of this month. But due to unavoidable reasons the wedding was postponed. Meanwhile, the death of Sundar Rao filled the family with great sadness.

Sundara Rao is serving as the founding member of Vadbalija Welfare Association and as the President of Totur Arunodaya Association. He is also serving as teacher in Telugu studies at Indira Gandhi Vidyalayam.

12-yr-old student dies of fever, death toll rises to 4 within week in Asifabad