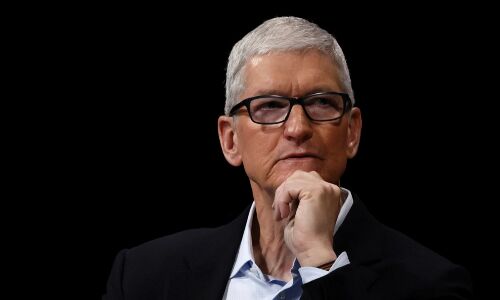 Now, Tim Cook, the CEO of Apple, has also spoken out on the issue of stock shortages. On the earnings call, Cook said that Apple is working very hard to meet the iPhone 14 Pro and iPhone 14 Pro Max demand. Customer demand for the Pro variants is more vital than Apple had initially anticipated. As a result, production has been limited to the 14 Pro and 14 Pro Max from the start.

Cook said the restricted demand for the iPhone 14 Pro and iPhone 14 Pro Max would be around for a while. Deliveries in the US from Apple’s online store are said to be from November.

On the other hand, reports have suggested that consumers need to take more interest in the standard iPhone 14 and the larger iPhone 14 Plus, both of which are slightly updated variants of last year’s iPhone 13.

Despite lower demand, Apple has reported a 10 per cent revenue increase this quarter. This could be primarily attributed to the Pro models selling in more significant numbers, which are priced much higher than the standard models this year. The Pro variants are the only ones getting the new 2022 upgrades, including Dynamic Island, the new 48MP primary camera, the A16 Bionic chip, and a 1Hz-120Hz variable refresh rate display. The A16 Bionic is based on the new 4nm chip, which promises a slight increase in overall performance.

Give yourself a dream life this autumn: the world premiere of the game “My Dream’s Way” by Elena Blinovskaya to be held in Dubai

Musk sacks half of 7,600 employees