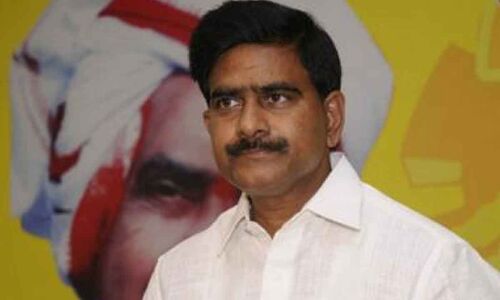 On this occasion, he criticized CM Jagan alleging of deceiving the farmers saying that that there are Rythu Bharosa Kendras and volunteers will come and buy. He said that the farmers have harvested the crop after working hard in the fields and putting the trees as collateral. He reminded that during the TDP regime, we used to buy wet and discolored grain and expressed his concern that where the grain is in the stones, there are no bags in the RBKs, and there are no people to buy the harvest that was threshed ten days ago.

Recruitment process for 28,000 post will begin in a week, says Harish Rao

Software employee dies in a suspicious circumstances in Kurnool