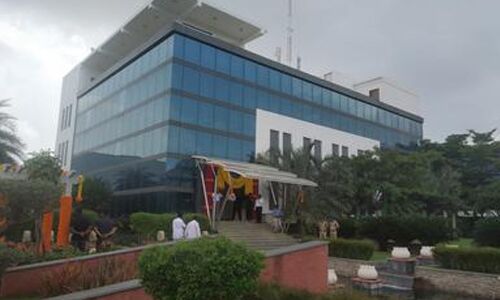 Hyderabad: City-based Kaveri Seed Company Limited announcing its first half yearly results (April – September) of current financial on Tuesday said it has witnessed 14.32 per centgrowth in profits at Rs243.39 crore, as compared to Rs 212.91 crore in H1FY22. Good revenue growth, led to higher profits, from selection of rice, maize and vegetables, the seed company said.

The agri-input company further stated that it registered a growth of 7.66 per cent in revenue from operations which stood at Rs 816.44 crore as compared to Rs 758.35 crore in H1FY22.

While,EBITDA (Earnings before interest, taxes, depreciation, and amortization) increased by 13.33 per cent to Rs 259.72 crore as compared to Rs 229.18 crore in April – September period of last fiscal year.”We are delighted to declare growth of 12.36 per cent in non-cotton segment during the half year on account of good revenue from selection of rice, maize and vegetables,” CMD of Kaveri Seed Company, G V Bhaskar Raosaid.

Bumpy ride ahead for cryptocurrencies

Petrol and diesel prices today in Hyderabad, Delhi, Chennai and Mumbai on 14 September 2022

8 automakers to recall over 1 lakh vehicles