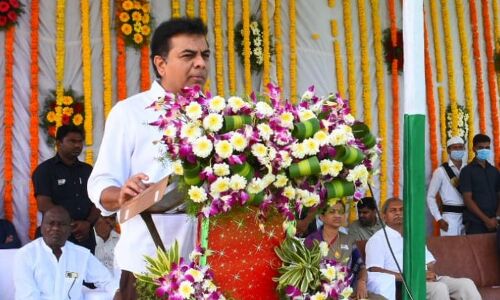 The Minister on Saturday unfurled the national flag at Rajanna-Sircilla district Collectorate office premises in celebration of ‘Telangana Unity Day’.

Union Home Minister Amit Shah on Saturday greeted the people of Telangana, Hyderabad-Karnataka, and Marathwada on ‘Hyderabad Liberation Day’ and hailed them for their courageous fight against the atrocities of the ‘Razakars’ to merge the region into the Union of India.