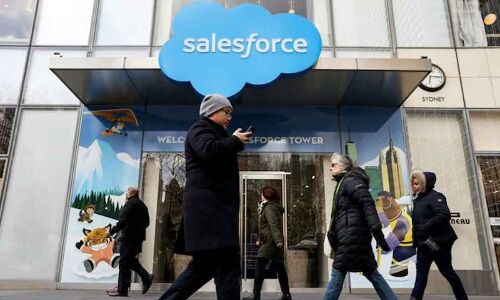 Since the beginning of 2022, the IT industry has seen more than 1,100 layoffs, and more than 180,000 employees have lost their jobs. However, the wind of layoffs has not ended yet. US IT firm Salesforce is planning another round of layoffs due to ongoing leadership changes, advanced pressure to meet sales targets and the activist investors’ influence.

Salesforce employees are reportedly currently fearful that the layoffs will be announced soon. “People are afraid that (the layoffs) could come at any moment,” one employee was quoted as saying in a Business Insider report. The company has been focused on cost-cutting steps since the beginning of the year due to global economic uncertainty and is taking notable steps to reduce budget spending.

In early November, the San Francisco, California, cloud-based software company laid off hundreds of employees following a wave of layoffs from tech giants like Meta, Amazon and Twitter. The Salesforce layoffs were first reported by Protocol, and the report says the company could lay off up to 2,500 employees. But in a press release, the company said it would lay off “fewer than 1,000” of its employees.

Significantly, Salesforce had more than 73,000 employees before the layoff in 2022. But due to current economic conditions and to achieve profit targets by following cost-cutting measures, the company announced it will take “significant steps.”

Last month, amid the layoffs, Salesforce Vice President and Co-CEO Bret Taylor also announced that he would be stepping down effective from January 31, 2023.

Earlier this month, the company announced that Bret Taylor to step down as VP and co-CEO effective January 31, 2023. Following his resignation, Marc Benioff, who co-founded the company in 1999, will lead the cloud software company as the new president and CEO.

Taylor said in a statement, “I am grateful for six fantastic years at Salesforce. After a lot of reflection, I`ve decided to return to my entrepreneurial roots.”

5G India launch: When Airtel, Jio and Vi users will get 5G