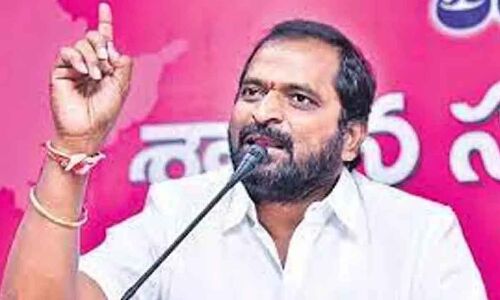 The meeting discussed the various issues and challenges faced by the journalist community in the district.

“Never, before in the history of India, any state government had given Rs 100 crore corpus fund for the welfare of journalist as did the TRS government. Apart from this, the government is also providing health cards, accreditation cards, double bedrooms, plots for housing and support in all respects to the journalists community,” said the minister. He also expressed concern over certain section of media for ignoring welfare and development and throwing mud and spreading false propaganda against the government.

The mahasabha was held under the leadership of president Dandu Dattu and vice-president Ramanjaneilu. State TUWJ (IJU) leaders Virahat Ali, State Secretary of TUWJ and Treasurer Rajesh took part in the Mahasabha and assured all the issues faced by the journalist will be resolved.