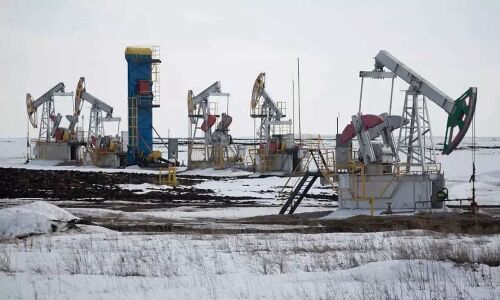 A country that imports over 85 per cent of its fuel requirements, needs to ensure that there is no disruption in supplies of this strategic commodity. It is thus welcome news that India is trying to diversify its sources of crude oil supply. This will help in insulating the country from the impact of geopolitical developments that could curtail availability at any stage. Currently, the bulk of crude oil purchases are being made from countries in West Asia, the traditional source of supplies for the past few decades.

Over the past six months, however, imports from Russia have been stepped up largely due to the discounted rates being offered to this country. The prices have been far lower than the average basket of Indian crudes which was about 110 dollars in May and 116 dollars per barrel in June. For instance, the Russian offers were 16 dollars lower in May and 14 dollars lower in June. The discounted rates are now being matched by lower offers from other countries as well like Iraq.

The Indian crude basket is the weighted average of Dubai, Oman and Brent crude oil prices. It gives a better indicator of the price for this country especially as the bulk of purchases are made from the West Asian region.

The net result of the cheaper prices being offered by Russia is that import volumes from there have risen from a paltry one per cent in February, prior to the Ukraine conflict, to 18 per cent currently. This brings Russia to third place after Saudi Arabia and Iraq.

But media reports indicate the Petroleum Ministry wants to reduce its dependence on oil from West Asian countries especially Iraq given the volatile political conditions in the region. It is thus being suggested that more oil should be bought from countries like Canada, Brazil, Columbia, Guyana and Gabon. The country is already importing small quantities of oil from some of these countries but it only accounts for about two or three per cent of the total import volumes. Efforts are now being made to increase these amounts so that oil imports are not stalled due to adverse geopolitical developments.

The diversification is also being considered in the light of projections being made that many natural gas users would be switching to oil use in the near future. This would create huge demand on existing suppliers and might even squeeze out India despite being a long term buyer. It is thus advisable to look for a variety of sources for oil imports to ensure there is no disruption in availability.

The effort is being made in the backdrop of the G-7 countries seeking to bring about a cap in prices of Russian oil to prevent that country from profiting from its hydrocarbon resources. The G-7 which include the US, the UK, Japan, Germany, France, Italy, Canada and the European Union, is keen that India should join the coalition to ensure the price cap scheme is successful. But there is a view among the western allies that even if India does not join, it will have an impact on other countries in the region.

The system of price capping being envisaged is for participating countries to deny critical services to oil cargoes priced higher than the limit. This could include insurance, finance, brokering and navigation services where western companies are predominantly being used for crude shipments. As for the cap itself, the numbers being mentioned are about 40 dollars to 60 dollars per barrel.

While the scheme is ambitious, the fact is that so far economic sanctions especially in relation to oil and gas have backfired on the western allies. For instance, the move to curtail purchase of Russian oil led to alternative buyers springing up like India and China. It also led to Russia curtailing gas supplies to European countries through the Nordstream-1 pipeline. This has been attributed to technical maintenance issues but is clearly in response to the economic sanctions. Gas supplies are still being maintained through older pipelines that go through the Ukraine but the quantities are not sufficient for Europe.

The net result has been a sharp rise in global gas prices that has fuelled inflationary pressures in many countries. It has led to a crisis in countries like Germany that rely for as much as 40 per cent of their energy needs on Russian gas supplies. The gas shortage has also prompted a spurt in electricity prices as many power plants are gas-based. Reports from Europe indicate that hydroelectric power is in the doldrums owing to a drought this year while nuclear power plants in France are running at half their capacity owing to technical maintenance issues.

In other words, the aim of crippling the Russian economy by imposing sanctions has instead created a situation in which western countries themselves are facing a severe energy crisis. Oil and gas prices have shot up in the months after the Ukraine conflict while power prices have also risen steeply. This is creating much concern as fuel demand for heating purposes will simultaneously go up in the coming winter months.

In such a scenario, it would be advisable for India to stay away from the latest scheme of capping prices of Russian oil. It must be kept in mind that even the western coalition had carefully excluded gas supplies from the list of sanctions, in order to ensure the economic well being of European countries. Similarly, India too needs to keep its self interest in mind while considering any such measures. Oil is a strategic commodity and policy measures must ensure that there is sufficient availability as otherwise it could affect the country’s economic recovery process.

DivaTrim: Keto Power in Your Hands