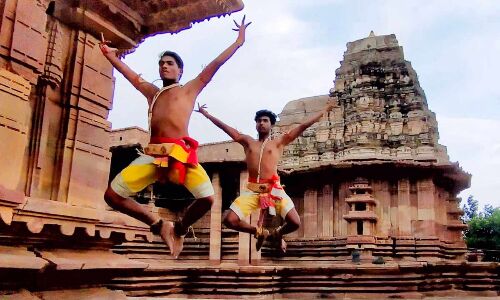 In a statement here on Saturday, retired professor M Panduranga Rao of the KHT said that UNESCO had permitted them to organise a volunteer camp at the temple. He said that they have selected 50 volunteers including eight foreigners. He said that all the volunteers are qualified in Arts, Architecture, Civil Engineering, Tourism, History or Archaeology. As many as 28 subject experts would deliver lectures on history and construction style related to the Ramappa temple during the camp. The last three days were allocated for field work, he said.

Rao said that the camp will cover three lectures every day between 9 am and 1 pm, followed by fieldwork for nine days. “We are organising a heritage walk on September 27, world tourism day, from Palampet village to the Ramappa tank bund,” Rao said. Perini Shivathandavam, Kommu and Banjara dance performances will also be organised at the temple during the camp, he added.

The programme is being organised in association with the INTACH, Telangana Tourism Department, Archaeological Survey of India (ASI), ICOMOS and Kapil Group.