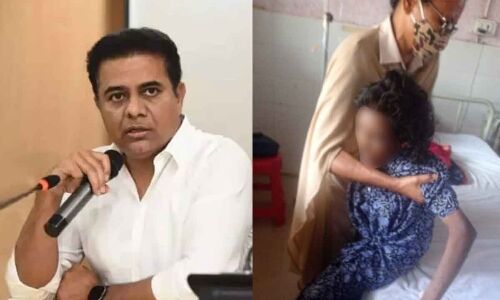 Jharkhand BJP’s suspended leader Seema Patra has been arrested in the case of brutally torturing a woman working in her house. After a video of the victim Sunitha went viral, in which she explained how badly she was tortured at the hands of Seema, there was an uproar.

KTR responded to this on Twitter and said that he is personally ready to provide necessary help for her studies. Moreover, he asked Barkha Dutt to send the details of her family members. Dutt lauded KTR.

Barkha, I would be happy to contribute in my personal capacity to the young girl’s education

Seema Patra brought Sunita, a tribal woman, to work on her luxury house in Ranchi’s Ashok Nagar less than eight years ago and brutally tortured her. While this incident created a sensation, the police finally chased and arrested Seema who was running away. On the other hand, BJP also announced that she is being suspended from the party. Expressing anger over this incident, the National Commission for Women has ordered the DGP of Jharkhand to take strict action against Seema.