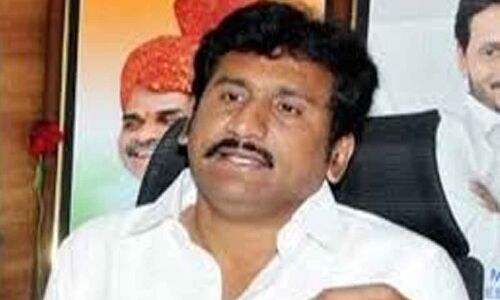 Raptadu (Anantapur): Raptadu MLA Topudurthi Prakash Reddy has lashed out at CPI state secretary K Ramakrishna and against a section of the media for launching malicious campaign against him regarding the Jockey Apparel firm fiasco saying that he was responsible for the firm’s reported exit from the district. He refuted the yellow medias false propaganda that he demanded a bribe from the said firm to meet his election expenditure.

Talking to reporters at his residence on Thursday, Prakash Reddy stated that he read media reports in the past that the then minister Paritala Sunitha had demanded good will amount from the firm. He revealed that the company approached the government for a bigger and better site in Anantapur district to execute a larger Apparel project, according to available information with him. He said that the CPI, BJP and the TDP were with the same yellow bandwagon of the media.

He accused the TDP of being responsible for the disappointment in Jockey camp. He maintained that the TDP was responsible for losing many industrial projects in Tirupati and in Vizag also.

KTR stresses on need of investigative journalism to eliminate hatred

Not a single school closed by us, asserts Botcha Satyanarayana