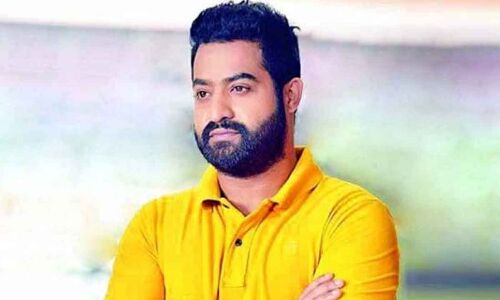 The Tollywood actor and Young Tiger Junior NTR responds to the Andhra Pradesh government’s decision to rename the NTR University of Health Sciences to YSR Health University. The Nandamuri lad who took to Twitter on Thursday has expressed his opinion saying that the YS Rajasekhar Reddy and Nandamuri Taraka Ramarao are the two stalwarts of the Telugu states who achieved immense popularity among the people. He said they doesn’t need anybody’s endorsement.

The RRR actor said that changing the name of the university will neither enhance the stature not diminish the popularity of both the legends. “Renaming the NTR University of Health Sciences to YSR Health university cannot erase the fame NTR earned, his stature in the history of the Telugu nation,” Jr NTR wrote adding that memories of the later actor turned politician in the hearts of the Telugu people forever.

It is known that the Andhra Pradesh government headed by chief minister YS Jagan Mohan Reddy has passed the resolution in the state assembly changing the name of Vijayawada Health University to YSR Health University. However, there is a wide range of uproar from lal sections of the people against the decision. The TDP national president Chandrababu Naidu has also fumed at the government and complained to governor Biswabhushan Harichandan.

Hyderabad: Many areas in city still reeling under water