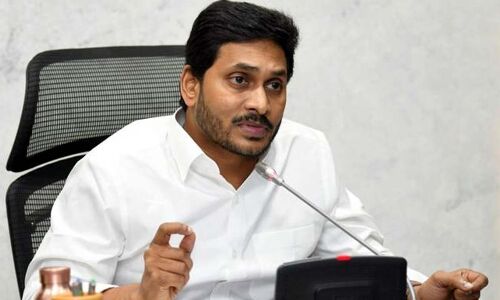 The CM suggested that the officials should make the taxpayers more aware and make the payment process more convenient and said that they should be vigilant about the agencies that are committing illegalities. The CM ordered to hold of trade advisory committee meetings.

“Due to the control measures, the consumption of alcohol has reduced significantly and increasing rates also reduced alcohol consumption, said CM Jagan adding that SEB (Special Enforcement Bureau) should pay special attention to the manufacture of illegal liquor.

The CM ordered the officials to create awareness about permanent land rights and land survey programs in the villages, wards, sub-registrar’s buildings, and services. He said that the village and ward secretariat staff should be given orientation in this direction and suggested explaining to the people what types of documents can be registered in the registration offices under the Gram Ward Secretariats. He ordered to upgrade of the sub-registrar’s office.

Reviewing on Mining Department, CM ordered to focus more on non-operational mines and said that activities should start in the unused mining area.