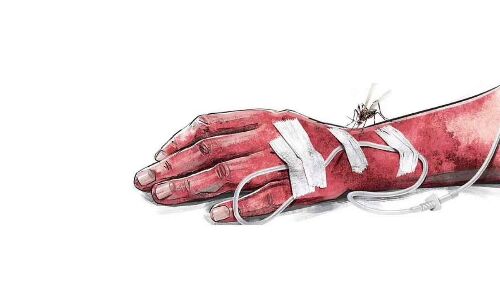 Kumram Bheem Asifabad: In an unfortunate incident, a 12-year tribal boy, studying class V at a tribal welfare department’s school in Tiryani mandal centre, died of fever while undergoing treatment at a hospital in Goleti village of Rebbena mandal on Thursday night. Incidentally, it was the fourth death reported in the district this week.

The deceased student identified as Tekam Ramesh, a native of Thoyaguda village in Tiryani mandal.

Ramesh was diagnosed with some fever when his parents took him home on August 28. He was admitted to the hospital on August 29. He breathed his last at the time of the treatment on Thursday by 8 pm. The parents were devastated to lose their son within two days after he was down with the fever.

On Wednesday, Lavudya Sangeetha (19), a BSC II-year student at Tribal Welfare Degree College in Asifabad, died of the fever. Alam Rajesh (15), an inmate of a hostel run by the tribal welfare department at Yellur village in Penchikalpet mandal died at the time of treatment in Kaghaznagar On August 24. Gomasa Ashwini (10), a Grade V student at a social welfare residential school in Sirpur (T) mandal centre died while undergoing treatment at a hospital in Karimnagar on August 28.