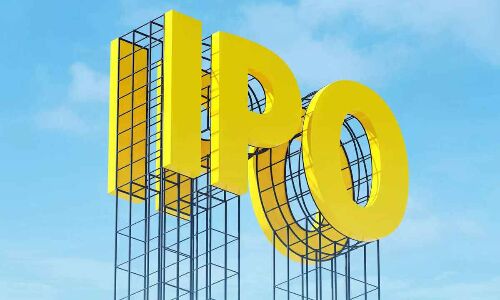 New Delhi: Fourteen Indian corporates raised Rs35,456 crore through main board IPOs in the first half (April to September) of 2022-23, according to Prime Database. The amount raised is 32 per cent lower than the Rs51,979 crore raised through 25 IPOs in the corresponding period of 2021-22.

Rs20,557 crore or 58 per cent of the amount was raised just in the IPO of LIC, according to Pranav Haldea, Managing Director, PRIME Database Group.

Overall public equity fundraising also dropped by 55 per cent to Rs 41,919 crore from Rs 92,191 crore in the corresponding period of the previous year.

The largest IPO in this period, which was also the largest Indian IPO ever, was from Life Insurance Corp. of India for Rs20,557 crore. This was followed by Delhivery (Rs5,235 crore) and Rainbow Children’s (Rs1,581 crore). Only 1 out of the 14 IPOs (Delhivery) was from a new age technology company (NATC) pointing towards the slowdown in IPOs from this sector. The average deal size was a high Rs2,533 crore.

The overall response from the public, according to Prime Database, was moderate. Of the 14 IPOs, 4 IPOs received a mega response of more than 10 times (of which 1 IPO more than 50 times) while 3 IPOs were oversubscribed by more than 3 times.

Capt Sandhu to continue as Head of Operations of Air India

Bank Holidays in December 2022: Telangana Banks to be closed for 7 days

Destination weddings the toast of the festive season