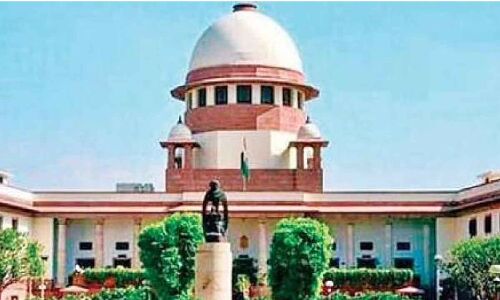 The Supreme Court ruled on Thursday that a woman’s lack of marital status could not deny her the choice to abort a pregnancy at any time up to 24 weeks, a decision hailed by women’s rights activists. The ruling states that for the purposes of the Medical Termination of Pregnancy (MTP) Act, marital rape has to be considered as falling within the meaning of ‘rape’ in order to save women from forceful pregnancy.

A Bench of Justices D Y Chandrachud, A S Bopanna, and J B Pardiwala underscored that any pregnancy alleged by a pregnant woman to be caused by force is rape. “Married women may also form part of the class of survivors. Rape means sexual intercourse without consent and intimate partner violence is a reality. In this case also women may get forcefully pregnant,” the court said, while pronouncing the judgment. The ruling came for universal acclaim from women’s activists throughout. Many media outlets grabbed the story to prominently display it on their main pages. These favourable observations were made in a judgment that held that provisions in the MTP Act allowing termination of pregnancy beyond 20 weeks and up to 24 weeks cannot be denied to a woman merely because she is unmarried.

The three-judge bench held that reproductive autonomy is closely linked to bodily autonomy and consequences of unwanted pregnancy on a woman cannot be undermined. The court was categorical in asserting that ‘Rape means sexual intercourse without consent and intimate partner violence is a reality”. The case resulted from a July order in which the Supreme Court had allowed an unmarried woman, who became pregnant due to consensual sex, to abort her 24-week-old foetus. The appellant in this case had moved the Delhi High Court after she came to know about her pregnancy. The High Court declared that an unmarried woman who is carrying a child out of a consensual sexual relationship cannot be permitted to terminate pregnancy older than 20 weeks.

The Supreme Court, on July 21, while overturning the decision, said the High Court’s was a restrictive view in interpreting the MTP Act. “Even an unmarried woman can undergo abortion up to 24 weeks on par with married women,” Justice Chandrachud said, holding that lack of marital status could not deprive a woman of the right. A law dating from 1971, the MTP Act, had limited the procedure to married women, divorcees, widows, minors, “disabled and mentally ill women” and survivors of sexual assault or rape.

Abortion in India has been legal under various circumstances for the last 50 years with the introduction of MTP Act in 1971. The Act was amended in 2003 to enable women’s accessibility to safe and legal abortion services. MTP Amendment Act 2021 was passed with certain amendments Act including all women being allowed to seek safe abortion services on grounds of contraceptive failure, increase in gestation limit to 24 weeks for special categories of women, and opinion of one provider required up to 20 weeks of gestation.

TV show ‘Faltu’ will tell the story of unwanted girls

Bathukamma celebrations were held with pomp and gaiety at MLRIT