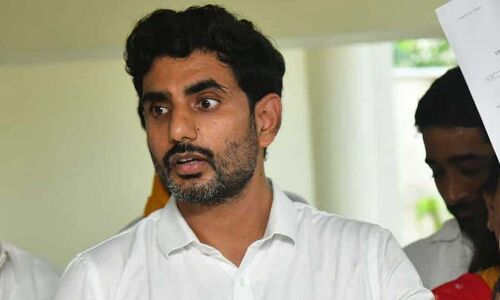 TDP National General Secretary Nara Lokesh has demanded that the maximum age limit for police recruitment should be increased to five years. To this extent, he has written a letter to the chairperson of the AP Police Recruitment Board.

He said that after three and a half years, the YCP government, which came to power, has released a notification to fill up the vacancies in the police department and opined that if the upper age limit is not raised, many unemployed people who have been training for a job for years will remain ineligible. He reminded that the maximum age limit for police department jobs in Telangana state has been increased by 5 years.

It is known that Andhra Pradesh state government has given good news to the unemployed releasing a notification to fill the vacant police posts. Notification has been released for the recruitment of total 6511 police posts including 3580 Police Constable, 411 SI Posts, 96 Reserve SI Posts and 2520 AP Special Police Constable Posts. Exams will be conducted on February 19, 2023 for SI posts and on January 22, 2023 for constable posts. Application dates for these posts will start soon.

TS to produce 14 bn doses of vaccines from next yr: KTR